What can we learn from our past?

1987 was our first experience with a violent correction in financial markets since 1929 and it taught us a few things about investing. Or so you would think!

The crash of 1987 was a violent correction in financial markets. Share prices had been on a tear during the first half of the year. Year-over-year through August, the Dow Jones was up 44 per cent. The TSE, as it was called then, was up 34 per cent year-to-date. Good times were rolling. Although this is nothing like what has happened in the last part of 2015 and the beginning of 2016. Good times have been rolling since the correction of 2008 -2009.

In October of 1987, things fell apart. The psychology turned on hints that interest rates might rise and a sense that prices had galloped ahead too far, too fast. Markets trembled on Fri., Oct. 16. Monday, Oct. 19, saw a record 23 per cent drop for the Dow Jones Industrial Average, and 11 per cent drop for the Toronto Stock Exchange. Sounds and looks familiar to all things we hear today.

The scale of the collapse was well beyond anyone’s ability to measure; the damage was the worst since 1929. Early forms of computer trading, which sold blocks of shares as prices fell, helped pile on the downward pressure.

Ever wonder what tycoons like Jim Pattison or Warren Buffet did when everyone is screaming that the world will end in the face of market corrections. They bought shares, mostly in blue chip companies. In the face of a total market collapse, they would be diving in. Why not, opportunities like this didn’t come along very often — great companies with great businesses at a bottom of the barrel prices.

When I started in this business I would hear the seasoned veterans at round table talks advocate for buying low and selling high. Which sounded like reasonable advice to me, and if I followed their advice I would create a sound financial investment portfolio for my clients.

Markets always seem to recover, regardless of the pessimists. The Dow ended 1987 with a small gain, as did the TSX, which was up 3 per cent on the year. It takes a while for the lessons to sink in, but here’s how to look back on that experience 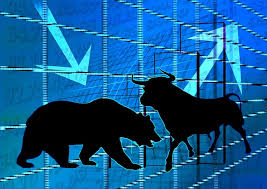 Nobody can predict the future though many claim they can. How long or lasting will this setback be is only a guess by anyone claiming to know. In 1987 and in 2001, the corrections were short and sharp.

In 2008-09, it lingered. But when prices took off in mid-2009, it was a four-year spree. One reason was record low-interest rates; the other was an expectation of a global recovery that would fuel profits.

But the recovery has been weak and share prices have run ahead of the profits behind them. The rise in share prices has not been supported by growth. The issue for Canada is the rapid fall in commodity prices. Our resources are not all we have going for us, but the global war for oil dominance has caught us smack in the middle. Companies that are dominant with a history of profitability are good bets in good times and bad. Sentiment can turn quickly. Irrational exuberance can give way to irrational pessimism. The TSX is down again, as is the price of oil and the loonie. It may go on for a while yet. There’s no question it hurts, but where we are in the last week of January isn’t necessarily where we’ll be at the end of the year.